“This might be the best descent into Farmington Canyon in terms of wide open spaces and beautiful views. ”

The run begins in a massively wide open space, then becomes dotted with baby evergreens that are easy to ski between. Stay in the drainage or cut right at the right time to find some fun and hidden open shots in the mature evergreens.

The stark contrast in snow quality between the snow found on the Farmington Spine ascent and the snow in this bowl is always surprising to me. I found a mixture of powder and corn on a day when I was worried Spring had taken too much a toll on overall snow quality in the mountains. It's north-east aspect preserves snow well, perhaps even during the hotter parts of the day.

As you ski down further into the drainage, the snow quality begins to wain and becomes more crusty, but the glorious turns off the corniced ridge-line of Mud peak have already boosted your spirits so much, that you don't really mind. Thoughts immediately turn to your next lap as you consider your best place to transition. I like to cut over into the aspen grove on the north-west aspect of the Mud/Rice divide. The light and shadow in this area are something out of a dream in the morning hours.

Pay attention to the warming snow with each ascent back up to the ridge. A natural slide or cornice drop above you could get you caught and carried, maybe buried.

What is probably a better approach to this area is to come up via the Farmington Canyon Road until you reach the turn-off for the Sherriff's cabin. Skin up Van-Fleet Creek to the ridge forming the Mud/Rice divide. I like Farmington Spine, because it avoids all the ATV and motorcycle traffic of the canyon road, and the ski down the spine itself can be rewarding too. It is, however, generally much more strenuous. Many people ride a motorcycle or e-bike up the canyon road to save energy for the touring. 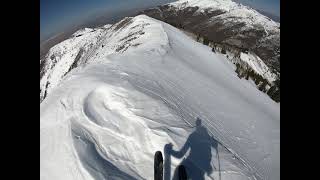 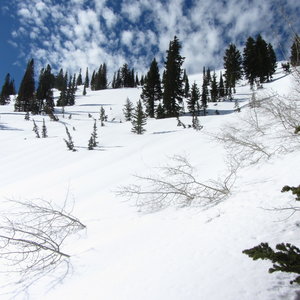 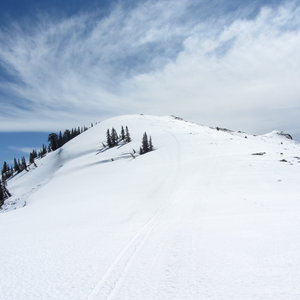 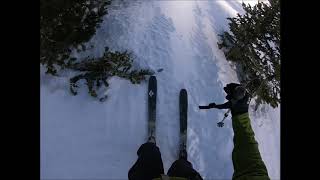 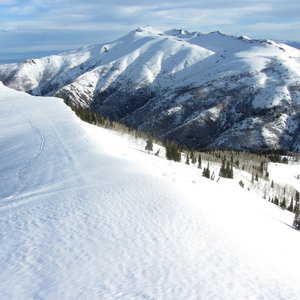 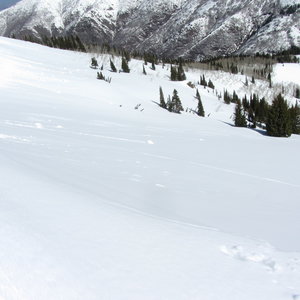