“You can enjoy this descent at Mount Hatis from January to April. ”

Hatis is a volcanic massif located in the Kotayk province of Armenia. The mountain has a conical structure indented with numerous gorges, which can be seen in winter as well. There are a lot of rocky formations in the higher spots of the mountain. The Mount Hatis: Ascent begins in the village of Hatis, on the northern slopes of the mountain.

The climate is mild here due to the geographical location of the trail. Most of the winter is sunny, and the sky is blue. Yerevan is 36km away from Hatis village, so the road there takes about 50min. and costs 3,600-4,000 AMD (if you take a taxi). To reach the above-mentioned ski trail, you need to get to the village of Hatis, in the Kotayk province. It is most convenient to travel by taxi. Taxi services are quite affordable throughout Armenia. Please, check the weather conditions before attempting the ski trail. The best time for skiing downhill is midday, as the snow is frozen during morning and evening hours.

The best time for skiing in the area is January- mid April. Typically, this 4.5 km round-trip climb and descent takes about 1.5 hours. The area is located at an altitude of 2,022-2,528m above sea level. The best drink to have on hand is warm tea. In the territory of Mount Hatis, you’ll most probably come across wolves, Armenian yellow foxes, and wild rabbits searching for food.

While heading for Mount Hatis from Yerevan or vice versa, you can also stop off to visit the following historical sites:

Surb Poghos-Petros Church (St. Paul and Peter Church)
The church is located nearby Zar village, at the foot of Mount Hatis, in the Kotayk province. Poghos-Petros chapel-sanctuary was originally built in the 13th century. In 1930, a foreman named Grigor (Gregory) had a dream in which he saw the grand design of the church and continued its entire construction. Two churches were built next to the chapel named Poghos and Petros. Now it has also become a place of pilgrimage. Each year, two weeks after Holy Easter, people go on pilgrimage to the Church to celebrate Saint Poghos-Petros Day. In 1969, and later in 1989, the two chapels were reconstructed, and the remodelers were later buried in the churchyard after their deaths.

Saint Hovhannes Mkrtich Church (Saint John the Baptist Church)
Located in the Town of Abovyan, Kotayk Province, this church is a new construction, being completed in 2006, and was then consecrated in 2013. It is in the town of Abovyan, in the Kotayk Province of Armenia. The architectural team of the church consisted of around 40 painters, sculptors and architects.

Temple of Garni
The pagan temple of Garni is situated in the Kotayk province, in the village of Garni, on the right bank of the Azat River. The temple was founded by Patriarch Hayk’s great grandson Gegham, and was named Garni in honor of his grandson. Garni was also called the Temple of the Sun, as it was dedicated to the God of the Sun, Mihr.

Geghard Monastery
Geghard Monastery which is located in the Village of Geghard is one of the ancient monasteries of Armenia. It includes two-storied stone temples and a church. It’s located 35km from Yerevan, and is situated on the right bank of the Azat River, in the historical gorge of Geghardadzor. The Geghard Monastery, is a complex of cave structures consisting of a main temple, two vestibules and two churches. 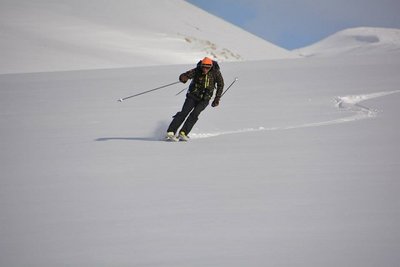